In addition to its Outdoor Channel run, the series airs in syndication on 115 stations coast to coast, on nearly a dozen streaming platforms, throughout Canada on WildTV and across Europe and Asia thanks to distribution agreements with Red Arrow Studios, Dorsey Pictures’ parent company, a wholly-owned subsidiary of ProSieben SAT 1, Germany’s largest media company.

“Despite the topsy-turvy travel world caused by the global pandemic,” says host and executive producer Chris Dorsey, “we were able to produce episodes in some pretty remote corners of the planet this season and were blessed to capture incredible adventures.”

From the Amazon rain forest to the Lowcountry of South Carolina to the high country of Colorado and many points in between, this season’s Sporting Classics with Chris Dorsey celebrates a rich mix of premium hunting and angling.

The season kicks off with a frigid late-season elk and mule deer hunt in the thin air above 10,000 feet in southern Colorado. While there are plenty of bulls roaming this stretch of the state, Dorsey is after a giant that had eluded several hunters earlier in the season. The showdown culminates in a thousand-acre stand of giant aspens with an epic game of cat and mouse, delivering a 360-class bull on the last day of the season. But it isn’t just the elk that grow big here, for eye-popping mule deer bucks call this high country home as well…and wait ‘til you get a look at the whopper non-typical that materializes from the forest.

Then it’s on to North Carolina to hunt the continent’s largest black bears, behemoths that routinely tip the scales at more than 500 pounds. These are the belly dragging monsters that have become a legend, growing to dimensions few grizzlies ever achieve. Joining Dorsey on the adventure is veteran international hunter David Gardner.

Dorsey then returns to his home state of Wisconsin for a classic grouse and woodcock foray over skilled pointing dogs. Joining him are Ruffed Grouse Society Chairman David Moore and RGS CEO Dr. Ben Jones. The timing is fortuitous as the birds are near the peak of their 10-year cycle, providing plenty of mixed bag opportunities in the aspens and alders of the Badger State.

Then the crew goes south—way south—to the Amazon basin where the fishing menu includes myriad different species ranging from super-charged peacock bass to catfish the size of deer. It’s a Swiss Family Robinson fly-in adventure to one of the most remote regions in the world where the rewards are nothing short of unforgettable angling.

Upland bird hunting fans will especially love the next stop on the Sporting Classics TV tour, for it’s at the famed Rio Piedra Plantation where fast-action bobwhite quail take center stage. Joining Dorsey is Four-Star General Walt Boomer, commander of Marine Corps forces during the Gulf War. The dogs are flawless and the birds fly like rockets…what could be better in the world of wingshooting?

Then it’s off to New Mexico for pronghorn, the high plains drifters of the big game world. Walther Arms’ Cody Osborn and Jens Krogh put on a shooting clinic—both with a rifle and with their Walther handguns as they demonstrate how to keep perishable shooting skills sharp no matter where you happen to travel.

From the western deserts to the Lowcountry of South Carolina, Dorsey and team head out for a fin, fur and feather sampler with Negrini Case’s Steve Lamboy and family. It’s quail, deer, hogs, redfish, and marsh hens in a field-to-table celebration of all that coastal Carolina has to offer.

Next up is a south Texas showdown with the blue bull, the massive nilgai antelope that was introduced a century ago from its native India and where it is now a free-ranging addition to the Texas landscape. Joining Dorsey for the hunt is Steve Hicks, a well-seasoned international big game hunter, and conservationist.

The last stop of the season is on The Bahama’s Andros Island, home to Swain’s Cay Lodge and flats that are ground zero for some of the world’s best bonefishing. It’s a double-haul adventure that delivers plenty of the hard-fighting fish and angling memories to last a lifetime.

“To capture this kind of action in a normal year would be an achievement,” says Dorsey, “but to do so in a crazy world is testament to the professionalism of our crews and the support of our many friends and sponsors in the sporting world.” 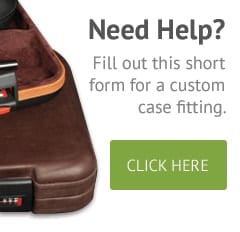