We’ve all seen it and known exactly what we were looking at. Three or more people huddled around a trunk or tailgate in the parking lot at the range. It can only mean one thing; somebody’s got a new gun. How often is that new “lifetime investment” (at least that’s what we tell our significant other) produced from the confinement of a protective gun case of equal quality? Certainly not as often as they should be. I once knew a good, knowledgeable shooter who invested in a nice mid-level Browning sporting shotgun only to carry it around in the manufacturers box for months. He finally gave in to the incessant jibes and bought adequate protection for the gun. But, where even a few percentage points in grading can reflect a difference of hundreds of dollars of residual value, never mind frustration and delay in obtaining repairs as a result of damage from inadequate containment, quality gun cases are often overlooked. Look no further.

INTELCASE and their quality offerings make protecting your sporting firearm attractive, easy and fairly scientific. Headquartered in Ft. Smith, Arkansas INTELCASE is the exclusive U.S. importer of Negrini gun cases from Italy. Jon Reddout, General Manager of INTELCASE explained that while Negrini originally was an OEM producer of gun cases to the likes of Sauer, Beretta and numerous others, demand for aftermarket cases led to expansion of the company. Not Negrini’s first attempt at the US market, INTELCASE teamed up with Negrini in 2012 and soon found success.

Italian founder of Negrini, Franco Negrini, a thermoplastic engineer and Champion trap shooter had developed a process and use of materials over the company’s 38-year history that resulted in the trimmest combination of protection and weight. By utilizing ABS plastics in two separate shells (one inside the other), the utmost protection could be provided in trade for very little weight. The protective characteristics of aluminum at roughly half the weight brought demand for his cases.

Pleasing to the Eye

Like looking at the distinctive refinement of a fine Italian sports car, looking at a Negrini gun case is equally distinctive. While Jon couldn’t point directly to any design influence in the cases, they evoke the trim, sleek profile of speed. The integrated handle, recessed hinge and locks are all high-speed low-drag to the senses. Jon did point out that these features keep the cases free from snags and hanging up on other luggage, conveyors or in and out of aircraft apertures during travel, all while meeting current TSA requirements for firearm transport via air. 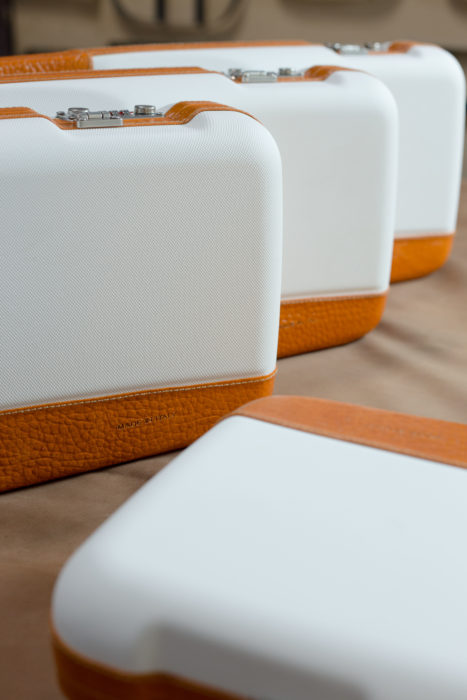 Open a Negrini case and all the technology fades into the distance. The interior is handsomely appointed, familiar and assembled with the refinement that only the human touch will allow. All hand-fit including the velvet or leather interior/exterior appointments make it clear your firearm is in good hands. Negrini reflects a lifestyle as described by Jon “ultra-compact –lightweight – packable – fluid in form.” The luxury of a Negrini case isn’t in any single aspect of the product alone but flows throughout. All one need do is contact INTELCASE with a few dimensions of your firearm(s) as well as make, model, chokes, your accessories and preferences for what gets cased with what and INTELCASE will specify the Negrini case, or in all likelihood choice of cases, that will accommodate your needs.

Fitting a Negrini case for the more rigorous adventures is as simple as blocking the firearm components with foam to protect the firearm from impacting the inner shell during the hardest hits to the exterior shell. A video is provided on-line demonstrating the proper process for these extremes. In this vein of durability, form has followed function and Negrini cases are manufacturer approved for extended storage of a firearm. The secure 3-digit combination locks are made in Germany, riveted piano hinge and interior components that will not off-gas damaging your firearm’s finish are additional points of attention making the case suitable for your gun’s extended stays. 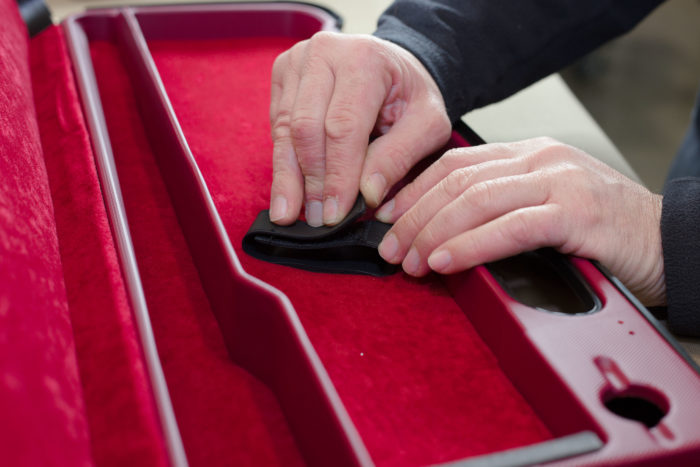 Jon went on to explain that INTELCASE isn’t simply an importer but is contributor to the Negrini design process. Returning information and ideas to Negrini to satisfy demand in the US market makes INTELCASE more than just a conduit of a product. He described their relationship as “mutual.” By way of example: INTELCASE produces canvas case covers for the Negrini line of gun cases on our side of the pond in Tennessee. These covers are designed to protect the exterior of the Negrini hard case from unsightly cosmetic damage. They unzip 180 degrees for easy access to the case and have carry handles and a shoulder strap as well.

INTELCASE recently collaborated independently to produce their own 2-in-1 Takedown Slip. A patented, convertible soft gun slip capable of holding your firearm in two pieces or assembled in one. This 2-in-1 case is part of INTELCASE’s own venture into soft side gun cases, range bags and other accessories that are available now with more options on the way. They’ve also arranged to have high quality shotgun cleaning kits with wood cleaning rods produced in Italy to contrast the more contemporary product development. 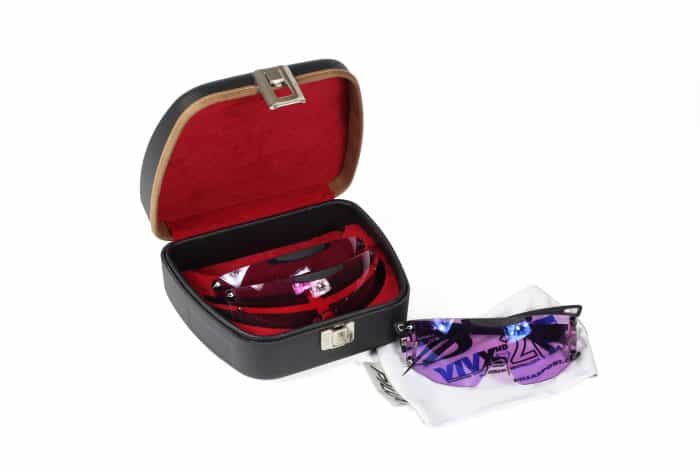 The breadth of the INTELCASE and Negrini lines offers many solutions. From all manner of gun case combinations to binocular cases, sporting eyeglass system cases, choke cases and many more you’re likely to find the resolution to your casing problem at INTELCASE. Mr. Reddout emphasized Negrini’s advancement of materials technology and pursuit of lighter, even stronger cases and INTELCASE’s commitment to keep pace in US market “As long as there’s a need, we’ll find a way.” INTELCASE is an energetic and prolific company working hard to meet the demands of the modern sporting shooter, clearly not forgetting about sport shooting’s heritage and seeking to be a one-stop shooting accessories supplier.